SunSentinel Interview with Jim Tichy of The Lodge at Delray Beach 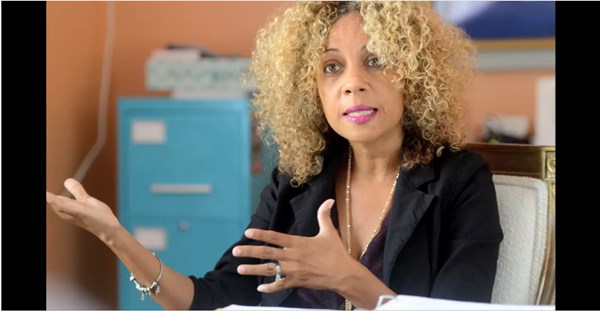 DELRAY BEACH – Officers walked into the house thinking it was just another overdose call.

This particular May morning didn’t seem any different — in recent weeks, police said they had gotten a lot of those calls — and the apartment complex in front of them seemed just like all the others on the block: somewhat weathered, otherwise unremarkable.

But inside, a woman was dead. Those who lived there told police the complex was a sober home for recovering addicts. They explained the woman had started using again. A lot of them were using again, they said, in the house meant to encourage sobriety.

The home was a drug users’ den hiding in plain sight, police said, and officers were shocked. 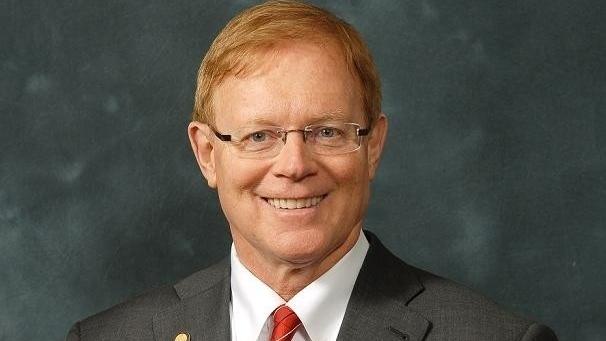 Community leaders hope a new state law will help curb problems with sober homes, where people transition from rehabilitation facilities to “regular” life. These homes were not monitored at all in Florida until July 1, when the state launched a voluntary certification program aimed at tracking and regulating them.

It’s an issue of special concern in Delray Beach, already dubbed the sober home capital of the United States, where the number of homes continues to grow.

Trouble at ‘all hours of the day’

State Rep. Bill Hager, R-Boca Raton, walked around neighborhood after neighborhood, once-quiet, single-family communities that were becoming a safe haven for people with addiction. The newcomers dreamed of sobriety but ended up using instead, the longtime residents told him. Sober homes, they said, were destroying their neighborhoods.

And they wanted to know: What are you going to do about it?

His constituents in Delray Beach had it particularly bad, said Hager, recounting the struggles of the past decade.

In the mid-2000s, unlicensed, unregulated operators were cramming people into houses seeking help for addictions ranging from alcohol to heroin, according to state and local officials. When the residents didn’t follow the rules, they were kicked out onto the streets.

Young addicts from across the country suddenly found themselves wandering around Palm Beach County without any money and without any support.

People were fed up with finding needles in parks and on front lawns. Junkies were busting into cars and homes. A hostile relationship between the two groups started to bubble.

“In some of these neighborhoods, there was an all-out war between the neighborhoods and the sober homes,” Hager said. “There were drug transactions happening on the front stoops, soiled mattresses being thrown out [onto lawns], cat calls to preteen girls at all hours of the day.”

There were no rules for these homes, and lawmakers had no idea exactly how many were operating. Regulating sober homes seemed nearly impossible, because people recovering from addiction are shielded by federal laws, including the Fair Housing and Americans with Disabilities acts, Hager said.

Some sober homes were being raided on charges of fraud and illegal patient brokering. Some homes would get illegal kickbacks from treatment facilities and labs processing drug tests for each patient they sent there, and often would require their residents be drug tested multiple times a day.

After years of pushing bills that failed to pass, Hager saw progress this year when the most recent draft of his bill became state law.

Now, sober homes can voluntarily register with the state — meaning the Department of Children and Families will monitor them, they will have to disclose where they are located and be required to meet certain safety and health criteria.

The law provides some incentives to get home operators to register: It requires state-funded rehab centers to send clients only to state-certified sober homes, and it will guide clients seeking state-certified homes.

Hager said he hopes the legislation will force out the opportunistic sober home operators more focused on making money and allow those seeking help with their addictions to find sobriety.

An uptick in overdoses

Driving down the streets of Delray Beach, Officer Nicole Lucas passes house after house, telling the stories of the people who lived there and the people who have since moved on. 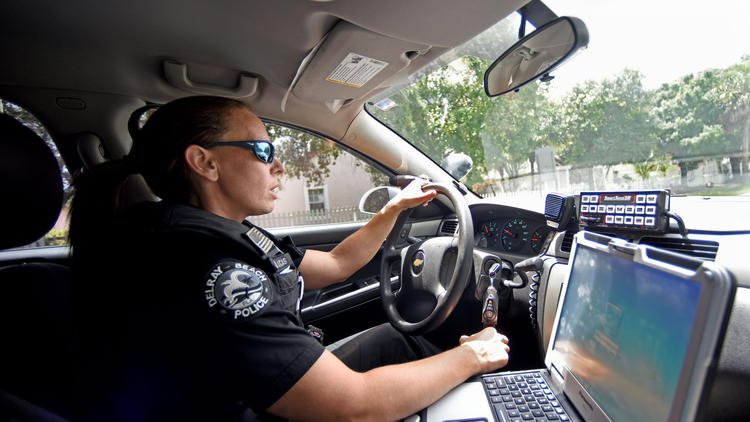 In the past few years there’s been a change, said Lucas, who has worked in narcotics and road patrol in her nine years with the department. There’s a growing population of recovering addicts moving into the city, from other parts of South Florida and beyond, and she said she’s worried about them.

Some of the sober homes are run by unscrupulous operators who just want money, she said, who find cheap properties in bad neighborhoods already struggling with drug issues. And when they fail to support their patients, their patients seek their drug of choice — alcohol, crack cocaine, heroin — and bolster the drug business.

At the same time, Lucas said, drug dealers prey on patients trying to get better. They relapse. They take bad heroin. And sometimes, they die.

“It’s almost like they don’t even stand a chance,” Lucas said. “Their intention may be to get help, but they’re mixed in with drug dealers and people in the neighborhood.”

In Delray Beach, officials have seen an uptick in heroin overdoses and deaths in the past few years.

So far in 2015, there have been at least 26 heroin overdoses, four of them fatal. The overdoses already outnumber last year’s, when 18 people overdosed on heroin, and five of them died.

Addicts were overdosing in public parks, needles were sitting next to slides, and residents became increasingly frustrated, police said. Officer Lucas reminds residents that addicts are struggling with a sickness.

Lucas, a mom of two young daughters, said she also feels a sense of disappointment when she has to wake up an addict passed out in a public bathroom.

“I feel bad. A lot of times people just treat [addicts] like dirt because of their life choices,” she said. “But there are needles in the playground and people take their kids there and it’s just not right.”

She said she hopes every time she busts a dealer, she’s making it harder to get drugs. For everyone in her community, she said, that’s a good thing — especially for recovering addicts who arrived there to find sobriety.

Based on drug past, ‘I shouldn’t be here’

Bill is young, clean-cut; his hair slicked back perfectly and his button-down shirt pressed just so. On a rainy day in May at a Delray Beach coffee shop, he took a drag on a cigarette, leaned forward and rolled up his sleeves.

The 23-year-old Boca Raton resident recounted how he found drugs, how he thought they filled him with a sense of purpose and how now that purpose isn’t what it used to be.

“It was the solution to my problems,” he said.

Bill, who spoke to the Sun Sentinel on the condition that he only be identified by his first name because of his previous drug history, said he began using drugs and alcohol when he was 15.

Originally from Massachusetts, he, his mom and his younger sister moved to Fort Lauderdale when he was in the eighth grade to start over. His father was living on the south side of Boston and was addicted to crack cocaine, he said. The family had to leave him behind.

He began to feel different from the other kids at school. By 15, he was drinking, and he slowly moved on to harder drugs like heroin, he said.

That led him to lying, stealing and destroying the relationship he had with his mother and sister. He thought of his father still using in Boston and wondered if he was destined to be like him, on drugs and homeless.

On Dec. 15, 2012, he decided he was done. He checked into a rehabilitation facility in Delray Beach and got clean for the first time in a long time, he said.

After finishing 67 days in the treatment center, he began his new life.

He started working at the recovery center where he was once a patient. He started going to college, got a one bedroom apartment in Boca Raton, started reading books that opened his mind and enjoyed life without drugs.

Slowly he built up the relationship with his mother and sister, whom he calls his best friends. They now have family dinners and family trips and are building memories together again.

He shares his story hoping not only those seeking sobriety will be inspired, but those who have prejudices against recovering addicts might realize: There are those fighting addiction who can lead respectable, productive lives.

“Why don’t people see the good instead of the bad?” he said. “What about kids like me? What if [the addict] was your son, grandson, cousin? They say, ‘Oh, it’s not me.’ But it could be.”

Getting help was ‘the best thing’ 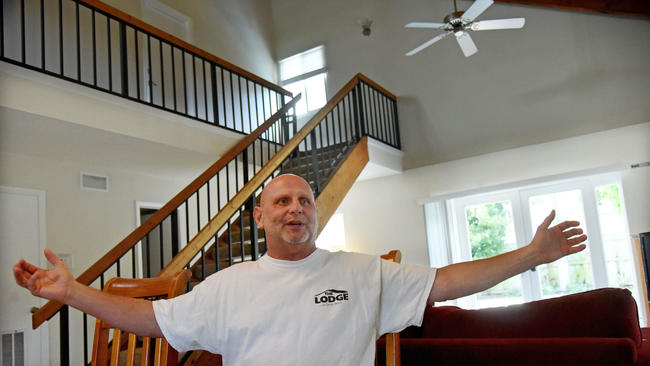 He was addicted to alcohol and crack cocaine, he said. After completing a rehabilitation program in his home state of Connecticut, he was looking for the next step. At his rehab center, he saw a pamphlet for a sober living facility called the Lighthouse of Delray Beach.

His family bought him a one-way ticket to South Florida.

Seven years passed and Tichy was still sober. He had found peace, he said, and wondered if there was something he could do to help others.

The recession hit and Tichy, who worked installing floors and windows, found his hours cut back. But the hard economy also brought opportunity – Tichy said he noticed a cheap house that had just gone on the market, and he saw a chance to help others like him.

Now, Tichy is the owner and operator of The Lodge of Delray Beach, a recovery residence operation that operates nine sober homes — five for men and four for women — in the city. He’s been an active member of South County Recovery Residence Association and the Delray Beach Drug Task Force, and has been a vocal advocate for sober home legislation and reform.

Tichy runs the operation with the help of 10 employees, most of whom are alumni of his program, he said. 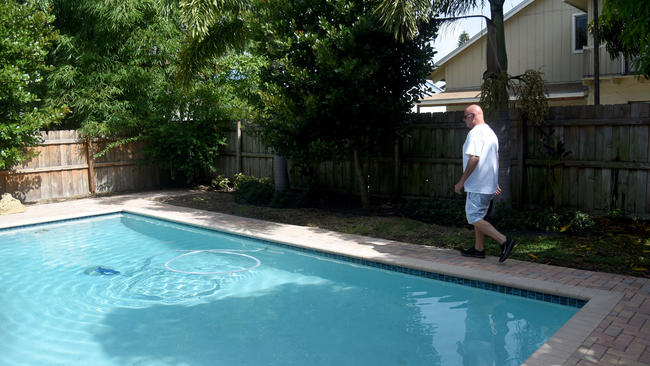 Jim Tichy, owner and operator of The Lodge at Delray Beach, a recovery residence, shows off the backyard pool at one of his five mens residences. (Mark Randall / Sun Sentinel)

The furnished homes, with three and four bedrooms, are valued in the mid-$100,000 range, property records show. Tenants pay $200 a week for a shared bedroom, typically stay for about six months, and must abide by Tichy’s sober living rules, Tichy said.

For the first 100 days they’re required to go to some sort of addiction-recovery meeting each day. Chores are divvied between the housemates, jobs outside the home are mandatory, and there are inspections for contraband and curfew. Tichy said he administers drug tests and checks in with residents on an almost daily basis.

“Our reputation around town, if you mention it to anybody, they say ‘it’s tough,'” he said. “That’s a good reputation, in my opinion.”

Tichy suspects the housing collapse in the mid- to late-2000s contributed to the proliferation of sober homes. Properties were cheap and easy to come by, and people like him saw their opportunity.

While a lot of legitimate operations flourished, bad ones did, too. As the problem worsened, Tichy decided to fight back.

Through multiple organizations, including the Florida Association of Recovery Residences, he lobbied in favor of the legislation passed through the Florida Legislature. He said he worries the current legislation isn’t strong enough, and is hopeful the laws will be strengthened.

The bad homes that plague the reputation of both the city of Delray Beach and the recovery community do a service to no one, he said.

He’s married now and a devoted member of St. Paul’s Episcopal Church in Delray Beach, he said. By becoming a sober home operator, he hopes he can help someone else start anew through sobriety.

“I was blessed to have the opportunity to go to treatment [in Connecticut], and they gave me a one-way ticket out of town to Delray Beach,” he said. “It was the best thing that ever happened to me.”